What to do if your TPD claim is rejected

If you’re unable to work due to injury or illness, you may be able to make a claim for Total and Permanent Disability (TPD) insurance through your superannuation fund. This insurance is frequently considered to be a lifeline for people who have lost their ability to earn an income, provide for their family and pay for medical expenses and future care needs.

Unfortunately, making a TPD claim is not always an automatic entitlement or a straightforward process. In fact, many claims are often rejected by insurers as they try to avoid making pay-outs.

This was reinforced by a comprehensive ASIC report in 2016 which investigated the life insurance industry, finding that disability insurance such as TPD claims were the least likely to be paid out, with up to 37% of claims being rejected.

Why do TPD claims get rejected?

While each insurance policy will have different requirements for TPD, some common reasons for a rejected claim can include:

Mental health claims are even more likely to be rejected, with a former executive of one of Australia’s leading insurers, TAL Life Limited, having his own claim rejected.

Mr Patrick O’Connor, who previously worked for TAL, was forced to leave his position in 2013 after developing severe anxiety and depression. In his case, the insurer initially rejected the claim on the basis that his condition was not severe enough to prevent him from returning to work that was within his education, training and experience.

What are my options if my TPD claim is rejected?

Regardless of the insurer’s reason for rejecting your claim, it is crucial to seek urgent legal advice about your rights and entitlements.

Navigating a TPD insurance claim can be a difficult and often overwhelming process. The Superannuation and Insurance Team at Zaparas Lawyers has a wealth of experience in successfully helping clients achieve the outcomes they deserve and ensure that they are supported through the entire process. We will do all of the hard work for you and ensure that your TPD claim is resolved as quickly as possible, so that you can focus on your treatment and recovery.

Read more about the importance of having a lawyer for your superannuation insurance claim here. 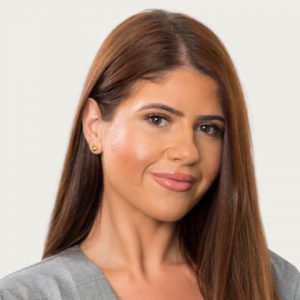